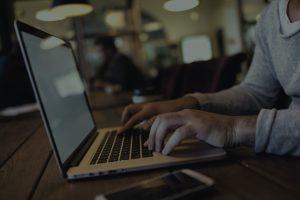 Humans are incredible creatures who can process and create information faster and more efficiently than any other creature because both halves of our brains work together. The left side of the human brain is responsible for tasks that involve logic, science and mathematics while the right side handles creativity and the arts. Only having access to one half would severely limit what a person could accomplish, but having both parts working together in a single interface puts even seemingly impossible tasks within reach. A Security Operations Center (SOC) and Network Operations Center (NOC) have a similar layout, with tasks and responsibilities split between IT and Security Operations. But problems occur when those tasks aren’t sufficiently unified.

In fact, only recently has the thought of unifying IT and Security with Operations and Systems Management been seriously considered. In some large enterprises, those functions have been split up so much that they are now handled by different subcontractors or companies. Even in places where both functions are performed in-house, the teams are often working with different tools and programs, and often from completely different locations, with different goals and objectives.

The problem with that setup is that both groups could benefit from insights being gathered by the other that they likely don’t know about. A sudden slowdown across a network might be blamed on buggy software or aging infrastructure by the IT Operations team, at least initially. But if that data were shared automatically with IT, they might come to a completely different conclusion, perhaps suspecting that an attack or compromise was occurring. Those two teams may eventually decide to talk with one another and compare notes, but by then a lot of damage may have already occurred.

And because the teams are often using different tools and even speaking using different lexicons, the process of sharing data could be cumbersome i.e. lost in translation. In today’s multi-threat environment, any delay is critical and the inability to effectively communicate only benefits attackers.

If the SOC and NOC was instead unified with a single pane of glass and a set of common tools, suddenly more things negatively impacting network health are quickly identified. Being able to see the complete context of every event from both IT and Security Operations provides a shared situational awareness, and one of the most powerful tools for defending a network. Suddenly, the teams become like one person able to access both halves of their brain at the same time. They become fully functional.

With shared situational awareness, IT and Security Operations can rely on one another to increase visibility enabling them to quickly diagnose problems, and more accurately arrive at solutions. Consider an advanced persistent threat that has remained undetected by IT, but which is changing the performance of a server. Providing the operational data to IT in near real-time could help them zero in on the problem before something bad like the exfiltration of massive amounts of data occurs.

Looked at from the opposite side, suppose Security Operations is seeing a serious performance lag across a significant portion of the network. Overlaying the security data could help them to quickly discover if a malicious threat is involved or a more innocent, but no less dangerous, problem like a slowly degrading hardware failure is at fault. Whatever the problem, shared situational awareness can help both teams quickly arrive at a solution and prevent service interruptions, along with negative business impacts.

Unifying IT and Operations through Tychon

Tychon is a cutting-edge security and asset management solution built by operators for operators. Its functionality comes from a single console that can unify both IT and Security Operations. Engineered in partnership with the McAfee Security Innovation Alliance, the suite is digitally signed by McAfee as fully compatible.

In our next blog, we go beyond just the single pane of glass advantage and into the top three tips that every organization should employ to ensure perfect cooperation and functionality between IT and Security Operations teams within the SOC and NOC.


< Back to All Blog Posts